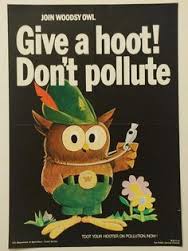 So, the parents decided it would be a good idea to drive to California.  (we live 30 minutes from Canada, for reference)

But wait, you're saying, "Doesn't he have a broken ankle?"  Yep.  "Isn't she frail and in poor health?"  Yep.  "Hasn't everyone refused to ride with him driving?"  Yep.

My mother-in-law's blood pressure was spiking and dropping before they left but the doctor still gave her the okay to travel.  I think anxiety had some to do with it. I am surprised that she even agreed to go on a trip like this, as her anxiety usually keeps her pretty close to home.

Now they're due home tomorrow and I dare to say, we're a little disappointed.  It never occurred to us until they left what pressure it is to have "custody" of the parents.

Kevin visits them every evening after work, because he's a good son.  The visits are rarely comfortable; they live in a tiny house with no seating and competition over the volume of the television is a regular thing.  I don't usually go over there in the evenings because it's just too overwhelming for me.

This week though, he has been able to come home and actually relax.  He can come in and sit down until dinner, or he can go outside to work in the shop, or do all of that.  Starting tomorrow again, he won't have that choice.

I've joked about being in the Witness Protection Program before because our every move is monitored.  This is the part that I didn't realize weighed on me so heavily.  I enjoy going back and forth with not a thought about someone watching, or needing something,

"We're going to miss this when it's gone" I keep reminding myself.  But then it's invariably followed with "Are we, though?"  I mean, it's not all bad.  Most of the time it's nice.  But if you've ever seen Everyone Loves Raymond, you know what I am talking about.  That show is seriously my life, you don't even know.

The other thing that came to light during their vacation was the state of their house.  They've reached the age of needing help.  However, they are deeply committed to a whole lot of NOPE when this subject comes up in conversation.

But they've had ants from the debris left behind while snacking in the mother's chair. The shower was a science experiment.  The fact that rodents and bugs didn't hold a rave in the kitchen while they were gone is a modern day miracle.

Again, we can rationalize that they are in their late seventies so Of Course things are starting to slip.  This would be fine if the mother wasn't in such frail health and really shouldn't be living like this AND if they were willing to accept help.

At first, we were all riled up.  "This can't BE, it just can't!" we exclaimed.  But now over a week has passed and I've remembered something.  When my dad was dying, there were similar battles.  They, also, wouldn't accept help and it was beyond irritating and worrisome.  But we had to come to the conclusion that, like unruly teenagers, they are going to do what they want to do.

As always, the worries are that something bad was going to happen.  In the case of my parents, bad things did happen.  Falls and preventable illnesses, to name a few and that's only the things that we know about.  Now again, in this instance, we just have to stand by and wait until something bad happens, because it's inevitable, and  then they will have to concede.  If they're not in a home, because that's a real thing.

I'm just over it.  I can't worry about it.  I can, however, mention that I am not going to clean again.  I'll gladly hire someone to do it the next time.  We can't live in that frustration anymore.  It's not healthy for anyone and it builds resentment.  I don't know how others do it.  Y'all are to be commended, for sure.

So, if they're going to leave rugs down "Because they're pretty" for them to trip and fall over then they can explain it to the doctors and paramedics. I'm going to leave the Smarties candy on the dining table instead of next to her side of the bed, in protest. If she wants to die because she's choked on a stupid candy while in bed, then that is going to be her choice (and an awkward obituary to write).  The dogs medicine has been moved out of the spice rack though.