Top Ten Things About Our Trip

Top Ten Things About Our Trip

My Do Nothing Day stretched to two days.  I stayed in the hotel room, watched television, read, played a game on my tablet, texted my friend, and did nothing.  Twice. My version of bliss.

Hanging out with Kevin is always fun but when we're traveling, it's even more.  It reminds me that we're a team in this crazy world.

Listening to Spandex Nation play live at the Fremont Street Experience with our friends who are my age.  We were singing, dancing, and laughing like the teens we were when this music was popular.

We learned more about how to get around Vegas the way the locals do.  It lessens anxiety, for sure.  We're also finding locals spots to eat and that is easier on the bank account, which is always good.

I visited the Titanic exhibit again, this is my third time.  I just enjoy it so much, it's so well done.  We also went to the Bodies exhibit.  I over-rode my anxiety about it and it was pretty cool.  Not something I would do again though.

Our friends held the top three spots in their class at the race, one of them won.

I bought another cozy sweatshirt.

Figured out how to check in online for our flight.  This is a game-changer and requires faith in the electronic world.

Finally, just the time spent with our friends.  It's irreplaceable and makes the stress of traveling easier to bear.
Posted by Surely at 12:18 PM No comments: 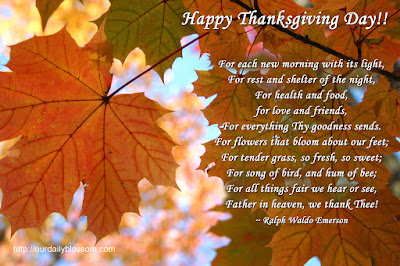 I'm Not Scared of You

This election has had an impact on me that I would have never predicted. I'm sad, I'm scared, and I'm disappointed. Not just that my candidate didn't win but that a large portion of this nation voted and said that racism is okay, sexism and sexual assault is okay, fraud is okay. People seem to believe that it's now okay to be openly racist.

The racism bothers me the most. I worked for the YWCA for seven years. It is in the actual mission statement to eliminate racism. I admit that that portion made me skeptical. Erasing racism is impossible. But, we can do our part to make sure it lessens. It became a core belief for me.

Now I'm in Vegas. I'm away from my predominantly white state. I don't normally notice much a person's color but now I am painfully aware.  Now I feel protective. I feel compelled, as a middle-aged white woman, to say "I'm not one of them!"

I meant to grab a safety pin to wear but I forgot. Also, that movement has been met with such derision that it gave me a sense of futility. But it's an easy way to say I'm Not One Of Them.

While we were checking into the hotel the other day, I asked the  clerk a question that she misunderstood. She thought I asked her if she'd experienced any abuse since the election. She said no but that she's nervous now. She has to think about it now.

One of our favorite baristas at home is mixed race and she's scared.  She's already had a friend who was verbally attacked. She attends a liberal university in a liberal city in a county that is conservative. She says she no longer feels safe and now feels like she has to be vigilant.

This morning I went downstairs to get a coffee. As I was waiting for the elevator, a man also walked up to wait. I glanced up and he was a gorgeous black man, also by himself. I saw him internally flinch. I felt like sh#t knowing he's probably thinking this tiny little white girl is scared of him.

I looked at him again and he was studiously examining the back of his chip bag. Now I am having a debate in my head as to what to do. I stood there feeling dumb.

Finally the elevator arrived. He stepped on first because he was closer. I stepped on and smiled. I said "Good morning." And he visibly relaxed. Then four college guys got in and off we went.

When the elevator stopped he let me out first. I told him thank you and to have a good day. I can only hope that everyone meets him with the same respect and gentleness.

I effing hate that this is a thing. Some might say that it's always been a thing but it wasn't in my world. While I try to remember that people are mostly good, I can't help but feel compelled to compensate for the ones who aren't. 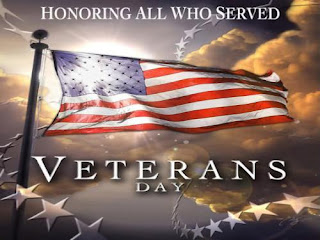 Until It Feels Better

I tried to practice self care today.  I tried to be aware that I was grumpy, pissy, bitter, and all the other alternative seven dwarves.

I didn't watch the news this morning.
I stayed off Twitter.
I posted a few things on the facebook to express my displeasure.  And I liked the sh*t out of other's posts.
Then I went to work, but not before buying a mocha.  I don't normally do that.
I listened to Sting being interviewed by Howard Stern.
I commiserated with my friends.
I put my earbuds in and listened to my favorite songs.
I muttered. A lot, perhaps.
I focused that this time next week we will be in Vegas.
I chatted with Kevin who is excellent at being level headed, even when he's upset.
I got a haircut.

Once I was home, I left the television and radio off.  ADD doesn't normally enjoy this but it was subdued today.
I had leftover Monday Night Football pizza for lunch. (Go Hawks)
I put on my favorite cozy clothes.
Finally, I put on Pride & Prejudice, my all-time favorite movie.
But not before trading a comment with a troll on my facebook page.  It's the only engaging I'm going to do and ended it with "I will not debate this further. You are welcome to ignore my posts if I offended you."

Now I'm going to lay down with my puppy and watch Elizabeth and Mr. Darcy.  I hope you find and do what soothes you today as well. 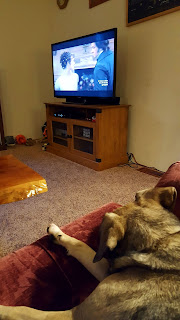 Posted by Surely at 4:34 PM No comments: 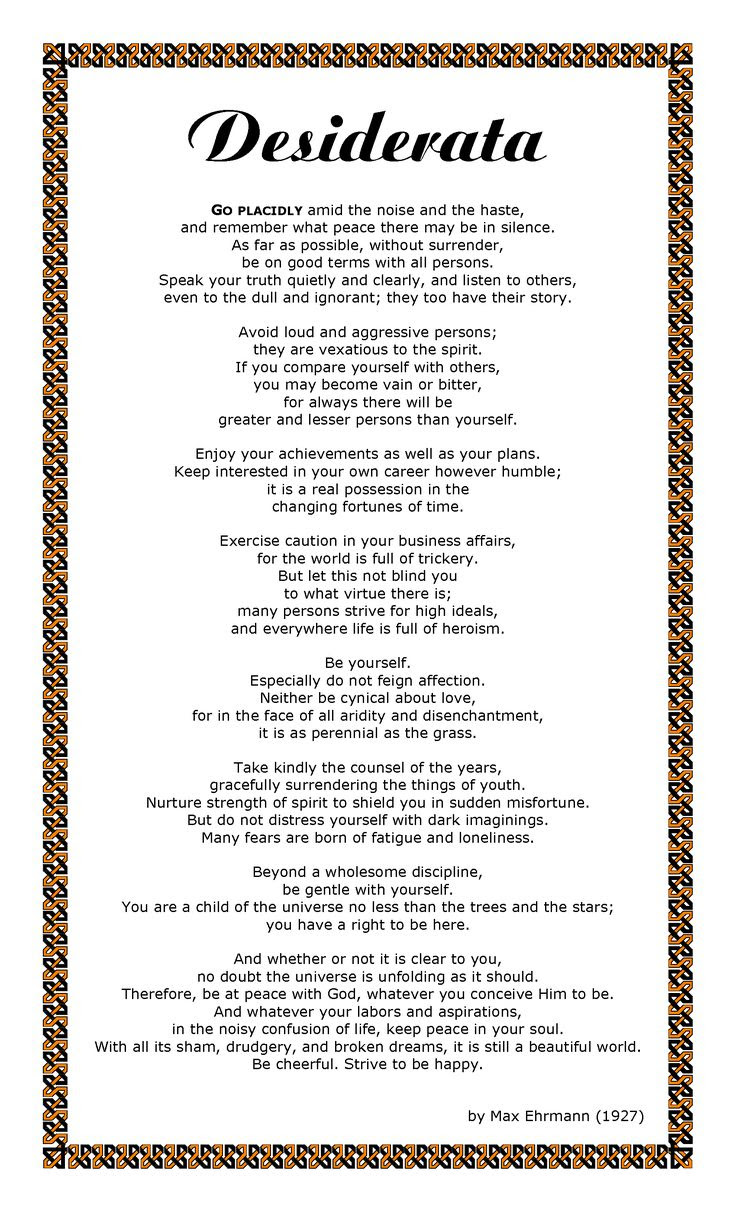 Wouldn't It Be Nice?

Kevin has wanted to spend time together lately.  This is mostly positive, I mean what kind of horrible person would complain?  I do finding myself on Monday mornings mystified at where my weekend have gone though.

He's not being clingy at all.  It's like we're back twenty-six years ago when we just wanted to hang out together all the time.  I wonder if it's a relationship developmental stage?  I guess we are at the age of parents who are empty nesters, it's just that our nest has always been empty.  So, maybe it is a milestone, just not one as easily recognizable because we don't have kids to make it obvious.

But this has been good and bad.  I'm not reading as much, certainly not writing as much, and suddenly we are spending money.  Not big ticket items, but old married couple purchases like early dinners, trips to the hardware store, ice cream at any time of day kind of thing.  Mostly nice though because we're remembering how it used to be.  We're going on adventures and making memories.  We're enjoying just being us.

Something else I've noticed is that he will ask me out on a date.  Like back in the day ask me out and if I don't want to go out, he's mildly disappointed.  I guess I just never thought of it, after twenty-six years as a risk/reward kind of thing anymore.  But, surprise, it still is.

Again, not complaining, just acknowledging the change and the fact that this change is possible.  Perhaps even a heads up to those of you younger than me that this might be on the horizon. Something to look forward to, even.


And this is a cool problem to have. I mean, it's every teenager's dream really:

A Dog by Any Other Name

Kevin has named two of our dogs (Missy & Lucy) and he tends toward people names for dogs.  Our first dog was Aussie because she was Australian Shepard and she wouldn't tell us what she wanted her name to be so we defaulted to that.

With Lucy I noticed that she has nicknames .  It's a wonder she doesn't have an identity crisis.  It seems pretty random too so I made a list over a few days to see how many there are.

Her Better Knock it Off name: UHOHLUCY!
Her You're Making Me Crazy name: Crackhead
Her Code name: Cold Blooded Killer
Her Italian name: Pupparoni
Her Greek name: Pupous Adorkious
Her Dr Seuss name: Lucy Lou Who
Her Ballad name: AwwwLuce

Years ago Swistle and I played a game of listing crushes on celebrities who aren't normally considered attractive.  Everyman types perhaps instead of societal norms of sexy. People we find alluring for whatever reasons.

In these stressful days, let's play again as a distraction.

Patton Oswalt...Comedian and writer. Look up his essays, specifically his latest on grief.

Rachel Maddow...I am not gay but I  find her attractive all the same. Kevin does as well so that's something.