This Was Not Walkies

Our anniversary was last month.  It's the busiest month in the year for us, with Kevin's birthday, the triplet's birthday, Mother's Day, Memorial Day, usually a race weekend, and our anniversary.

I did not choose the month of May to be married, Kevin did.  I would have chosen December, which I realize wouldn't be any easier.  The fact that it's now June and I'm just clicking "Publish" tells you all you need to know about the month of May.

This year, the day fell on a Tuesday, which is difficult to work around.  Kevin is working 6/11's (six days a week, 11+ hours a day...fun being boss, right?) so I don't see much of him right now.  So I took an extra long lunch and drove down to his work to have lunch with him.

My one request for our "celebration" is just to be gone for a day. (*hint* no family)  The time for us to be gone for a weekend has kind of left us for a little while and we're going to be racing in a few weekends anyway.  (Number of anniversaries spent at the racetrack?  Probably around ten)

Kevin wanted to take Lucy for a walk.  She's kind of a menace in the car due to poor training (us) and the fact that she has hound in her and has to patrol all.the.things.all.the.time.because.dragons.  Because of this,we don't take her anywhere other than to get coffee and biscuits, five minutes from our house.  That and she has acres to roam at home so going for walkies isn't a priority.

So we got up early (for me) and took off.  Kevin chose the destination and I will quote him again that he wanted to take Lucy "for a walk and to play on the beach."

We totally went hiking.  Not "for a walk" but hiking.

I hadn't been to this park before but he had.  He SWORE he had taken me there before but nope, that was his first wife. (no need for offense, they've been divorced almost thirty years)  It made for some humor, for sure.

I'm not a fan of surprises, I don't like being unprepared.  If I had known that it was going to be a hike, I would have made accommodations and it would have been better.  Oh, it still would have been a hike and not the promised WALK.  On flat ground, I can walk forever.  I can't run, those days are way gone, but I can walk for miles.  Hiking, well, not as easy.

Because we shouldn't be in charge of our own lives, we started out based on Kevin's memory from thirty years ago.  Thus the hike versus walk.  He said at one point "I don't remember it being this...much..."  Then he did the math and realized that he was probably 25 years old when he last did this "walk".  We laughed and questioned our mortality.

At one point, Kevin asked someone about the terrain of the "walk" ahead of us.  They assured us it was fine. NARRATOR:  "It was not fine."

Access to the last part had a small rock face that took about four-five steps to go up.  I stood there for five minutes before deciding that it was just not a good idea.  Even if I made it up, I would have to be able to go back down upon our return.

I hate to not be able to do something so I am still pouting about it.  We are totally going back.  There was another section that starts out really steep that I didn't even consider so I had to work at not feeling like a failure.  The younger, pre-bionic me wouldn't have thought about it for a second.

Later, because again: we should not be in charge of our lives, we noticed someone had this thing you might have heard of that's called a MAP.  I felt a little stupid that it didn't occur to us to get a map. We had our phones in our possession for the love of sweet little 8 lb baby jesus.

See that little island in the center/left?  See the light lines of the trail that runs along HWY 20 on the map?  We did most of that.  If we had completed the full circle, it would have been four miles, as it is it looks like we did a little over three miles. 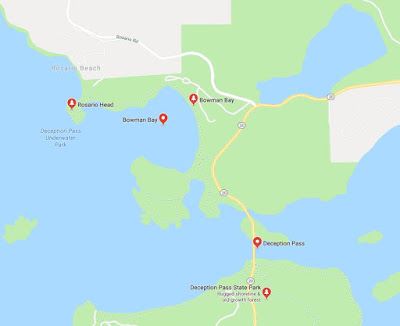 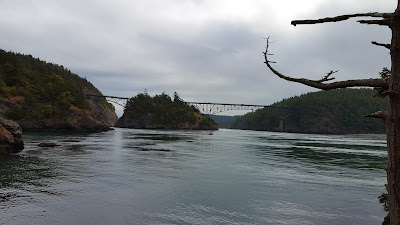 We had a good time over all.  Lucy was beside herself with all the smells and all the things.  She was exhausted by the time we were done, which rarely happens.

I wasn't as tired or sore as I assumed I would be, which I will take as win.  Kevin did admit to being a little sore so I took some pleasure in that as well.  Now I'm on a mission to not only do those kind of things more but to go back and try again.

And I will be a little more inquisitive when Kevin says "Go for a walk." 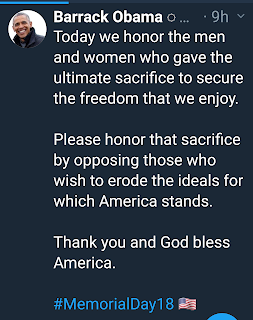 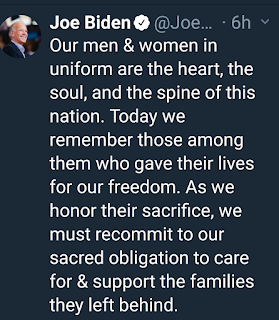