A Day of Memes

In case you're wondering what is happening in Surely's world, here is the perfect example of how life is going:

I chose not to get gas yesterday on the way home for no other reason that I can't want to.  Which made me think of this meme:

This morning I struggled to get ready for work because reasons so I wasn't exactly on time, even for my late start time. (my schedule flexes, thank baby jesus)

I discovered as I was leaving that it froze overnight.  It is April in five days for the love of dawg.  So I had to wait while it defrosted. I hate leather seats, in case you were wondering.

Then the fuel monitor light came on because I continually make good choices.  Okay, fine. Whatever Universe, I'd like to say Lesson Learned but it's not good to lie.

The gas station is less than two miles from my house so no problem.  And I'll get a coffee from there at the same time and not stop at my usual place.  I'm actually saving time now.

Which made me think of this meme: 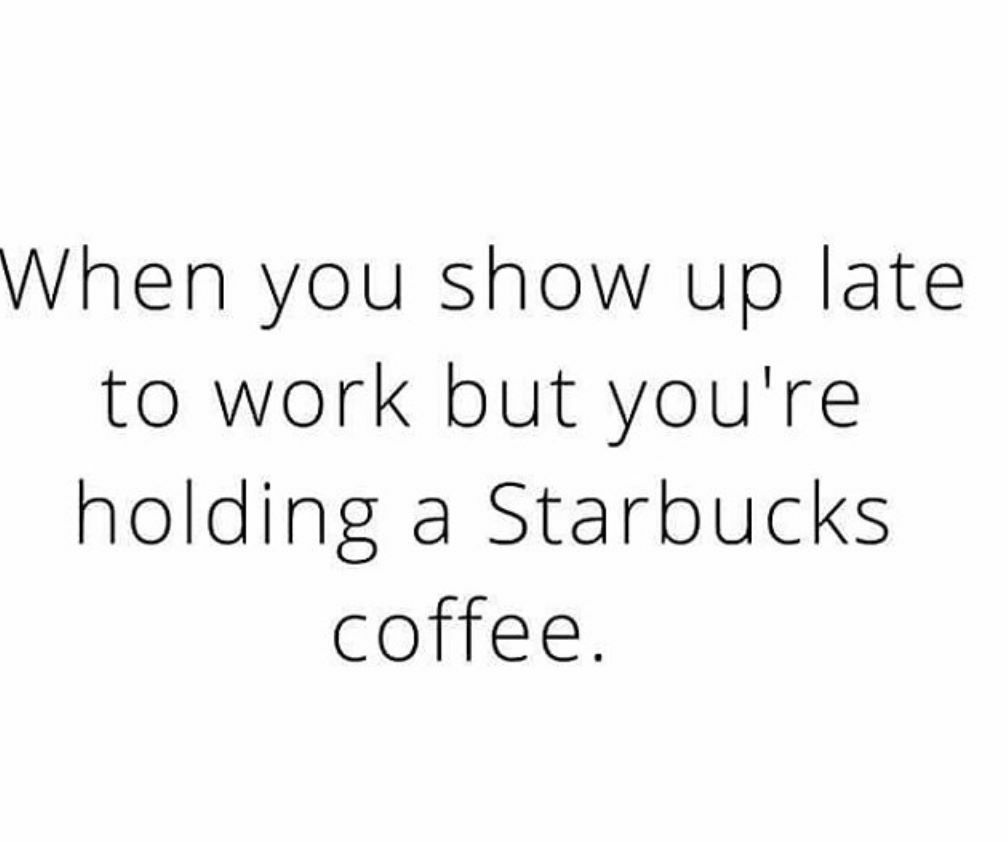 This was great right up until the gas station is closed.  CLOSED.  Good Morning Karma, how are you today?

The next gas station is 2.5 miles away.  Now I'm doing math and science, trying to figure out MPG and distance.  But really, I have no choice but to make a run for it.  Worse case I run out and my father-in-law will rescue me and I'll have to endure forever the mocking from my husband.

Which made me think of this meme that I just posted to my niece who is struggling a little bit right now:

I made it just fine and of course there is a coffee stand at this gas station also because Beautiful Pacific Northwest.  This stand is one I actually prefer but it's a little out of the way on a regular work day.  So I consider this a check in the win column.

I got out, prepared to pump gas, when I noticed a bright red sign.  (not at all observant in the mornings) "Card Reader Broken, Go into the Store to Pay"

Sonofabiscuiteatingdog.  I'm so not going into the store.  There are people there.

Luckily...although nothing is feeling lucky right now...the pump next to it is in working order and open.  I flipped around and pumped my gas.  This has now reached comical proportions.

Next was the aforementioned coffee.  You have not experienced life until the barista knows your order and you just have to hand them your card.

Off to work I go, for reals.  I realized about one mile into the 60 mph zone that I'm still doing 70.  I was coming up to an on-ramp so I glanced for Mr. Friendly Patrolman.  There was not one, even though I fully expected one this particular morning. But there was a former boyfriend's work truck beginning to merge onto the freeway.  Because the Universe has a sense of humor.

Now I'm finally at work and it has been a goat rodeo all morning. My coffee is still half-full and that's just a crying shame right there.

And that, my friends, is how life is in Surely World right now. 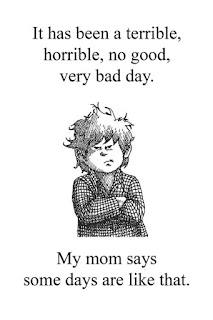 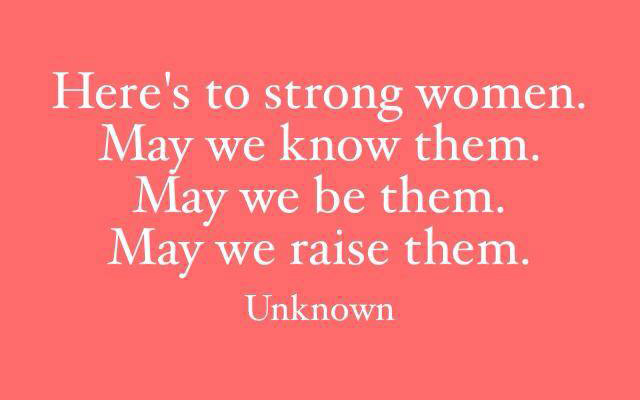 Sometimes I hate Saturday mornings and this is one of those mornings, for sure.  Two things: this is most definitely First World Problems and I'm dealing with my frustration by sitting here, whining. So, well done me.

It was a busy week, one that I would swear had an extra day in it.  It ended with my nephew showing up early at our house yesterday to work on our roof.  This made me leave work early (hooray) but not be able to go to the grocery store and wallyworld so that I didn't have to go into town today. (boo) The older I've gotten the more structure is important to me and it can get super frustrating when it's disrupted.

Kevin works today so he was out of the house at 5:30 this morning.  A mature, reasonable adult would think "I have a ton to do today. I'm going to stay up and work on that."  That didn't happen.  Instead, Lucy and I returned to bed, with Grey's Anatomy set to play-all, and went back to sleep.

Bless Kevin's heart that he helps me be a grown-up.  When he works on Saturdays, he will phone or text about 8:45 to "check in."  What is really is is he saying "Get up or you're going to regret your choices"  Not in the controlling spouse way but in the "I don't want to hear you whining about how busy town was because you slept all day".   Somehow Lucy has also figured out that timeline and will want outside about that time.  They've conspired, I just know it.

I was in town at a reasonable hour  today, which was earlier than usual because there is a festival happening right now that leaves the Valley in gridlock, both in the cities and the freeway.  I was done before that nonsense began, including going to the wallyworld.

Once I got home though is when the frustration began.  Because yesterday didn't go as planned, laundry was piled up, which rarely happens.  I had five bags of groceries to put away, and all my Saturday housecleaning chores.  And a new microwave to install.  The sun is FINALLY out and it's NOT RAINING so I want to work in the garden.  But until the other chores are a least glanced at, I need to focus.

(Yes, I finally checked off microwave off my list.  Because Kevin randomly gave ours to my niece who just got into her own apartment.  Thanks, pal?)

I have to employ a few tactics on days like this to thwart the ADD.
I have to do the grid system in order to complete a task. For instance, cleaning the kitchen: I put dishes away first and reload the dishwasher.  That's one appliance and one area now clean.  Then I can clean the sink.  Then I can clean the countertops.  This sounds childish but I can go from emptying the dishwasher to washing the cars while the rest of the kitchen still lays in ruin.  This sounds like not a big deal but I can snowball in the blink of an eye.

I also use the timer system, using the clothes washer.  ADD likes to race time.  I set a load going and that "gave" me 51 minutes to finish the kitchen and clean the bathrooms.  I don't know why this works, but it does.

Also along the lines of the grid system is the Escape Room.  I can't leave the room until the tasks in that room are finished.  Otherwise, say I take the grocery bags out to the truck because that's part of cleaning the kitchen. No, because my mind will decide that the cars need washing, even though as mentioned before, there are no less than three chores/projects already going inside the house.

Cleaning the bathroom I will always forget the glass cleaner.  So I'll make a list before I leave the room to get it: Glass cleaner, broom, trash. A way to keep focused on what I'm doing and what is the next step. Kind of like the classic Sesame Street: a loaf of bread, a container of milk, and a stick of butter. Huh, that's where I probably learned that.  Way to go, Sesame Street! (OMG, google "Sesame Street going shopping" EPIC wormhole. You're welcome)  Anyway, even though I keep bathroom specific cleaners in the said bathroom, I never remember to get an extra glass cleaner or to grab it on the first try.  Meanwhile, despite nonsensical chanting, I'll notice the glass topped end tables need a quick swipe before I finish the bathroom and suddenly I'm two episodes deep into Grey's Anatomy and the bathroom still has all the lights on, the radio playing, sometimes even the shower running.

It's just one of those mornings where everything needs addressing and it feels like it's never going to get done. *stomping of feet and throwing of head*  This is why I live in structure and organization. 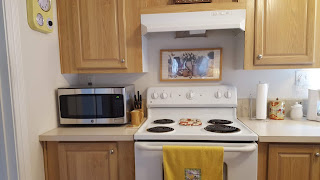 (This unpublished post is almost exactly one-year-old.  One of the distractions from the challenge turns out to be a fail also.  *high five*)
Posted by Surely at 5:15 PM No comments: