In Prep for Christmas Eve 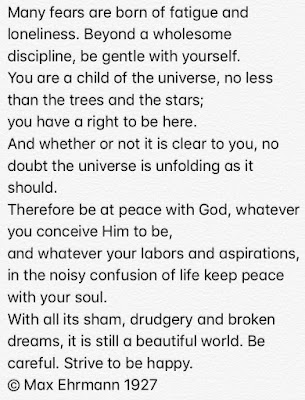 Posted by Surely at 3:52 PM No comments:

This year despite best intentions, I was really late with Christmas shopping.  Like, started and finished yesterday late.  There are a variety of factors attributing to this but mostly I refer to the previous post mentioning how difficult 2017 has been.

But, let's talk about how the day went.  Firstly, I knew I wanted to start at Wally World first.  This required getting up like a regular workday on my day off and being in the store at 7:45 am.  This is actually a little later than I'd planned but we've all met me.  I exist in my own time zone.

Oh, and I employed my focus technique of wearing my headphones while I shop. This is a serious game-changer for me.  I have always been Suzy commando shopper but the headphones really help keep me focused with a big task like Christmas shopping.  Thank you occupational therapist friend who mentioned this last year!  Musical selection you ask?  Hamilton, of course.

Surprisingly, it was not the seventh circle of hell that I assumed it would be.  In fact, it was pretty quiet.  Like the only person in the twenty items or less quiet.  It was a Christmas miracle.

A few details about the Wally World experience:
the book selection is dismal.  I wanted to get a romance novel (more on that later) but the range went from brand new hardcover Danielle Steel to dollar store bodice-rippers.  I did notice two books about He Who Shan't Be Named.  After considering if any laws would be broken by moving those books to, say, the trash can aisle, I opted to just turn them around so the backs were facing out.  It's Christmas, after all.

They were already consolidating holiday decorations and putting stuff away and that made me a little sad.

I bought brand-name tape and it has CHANGED MY LIFE.  I will never again buy inexpensive/store brand tape in my life.  That extra dollar is totally worth it.

The girl Little is obsessed with wolves.  Quick, tell me where to get wolf stuff right now and I will be your best friend because it's nearly impossible.

I went to a craft store with the initials HL (against my own personal/political reasons) because I remembered seeing something in their Western decor aisle quite a while ago.  The store didn't open until 9:00, which is astounding to me being three days before Christmas.  So, I went to Starbucks and got a mocha then returned and waited because grownup.

And they didn't have anything.  A wolf coat hanger that screws into the wall and that's it.  UGH.  they had sloth and fox stuffies but not wolf ones. Sloth stuffies. Seriously.  There was a framed wolf picture that I dithered on because it was one of those cheesy state fair prize ones that change as you move your head.  I decided no and went to go grocery shopping.

ONE MORE THING. there was teen-aged boy sitting in the lobby of the store and he wore a t-shirt with "Straight Outta the Closet" with the rainbow flag in the background printed on it.  I told him "I like your shirt dude" and he looked completely surprised that I would say such a thing and said a cheery thanks.  Have I gotten that old?

I finished grocery shopping in a record amount of time, after Kevin confirmed that yes, we are doing a white elephant exchange with his family.  (internal and possibly external screaming)

the two bigs are into skateboarding so I went to this hole-in-the-wall skateboard shop to get gift cards.  I am astounded at how much anything skate boarding costs.  $25 for a cheap t-shirt and I don't even know which ones are cool.  The young man helped me out but I kept with the gift card idea and added some decals that they said were cool.  I so don't speak that language and boy did I feel old.

The boy littles asked for Zumiez clothing.  I knew I probably wasn't going to make that happen but was going to go to the mall (I know! a MALL) just in case.  During a conversation with Kevin, he actually volunteered to go with me that evening.  Hooray!

I decided to go home until as I was nearly out of town, I remembered that I didn't get stamps. sonofabiscuiteatingdog.  So I headed out to the tiny post office where I have a mail box.  It was far out of my way kinda but it was worth not having to stand outside waiting at a major post office.

Which then sort of put me in the vicinity of the humane society where I wanted to drop-off a bagful of toys for the doggies.  This is risky because I've become one of those Bring Home all the Doggies person.  But I was distracted because I met Roman.  I recognized his voice first and he is just as adorable, as one would assume.  Here is the Roman story, if you don't know it:
http://www.king5.com/article/news/local/boys-viral-video-helps-deaf-dog-find-a-home/492107293

Now, for real, I was heading home. I'm literally seven minutes from home.  I have groceries and a ton of presents in the truck .  But: wolf.   It randomly popped in my head that when Kevin and I went to the killing store (Cabellas) I saw a bunch of wolf stuff.  That specific store, however, is almost an hour away so big, fat nope.  I searched on the interwebs for the nearest sporting good store and they had some wolf stuffies.

Back into town I go.  I bought the very last wolf stuffie in the store.  I think it might be the same as one she already has but I can't care.  But that cheesy wolf picture was still bouncing around in my brain.  Sigh.  I went even further away from my house into the next town again to buy it.  The cashier felt that girl little would love it and why would a cashier steer me wrong?

Finally I headed home with only some stocking stuffers to pick up and a trip to the mall in my future. And so.much.wrapping.  Fast forward twenty-four hours and still not done.

But here's the best part.  Last summer I told the story of my nephew finally coming out.  He is a completely different kid now; open and happy. It's really something to see the change in him.  This is the kid that we wondered what his drag queen name would be at his four-year-old birthday party.  On his list was fingernail polish, specifically yellow.  He also wanted skinny jeans because of course and he was the one who likes romance novels.   I bought him many colors of polish, purple hair coloring, and skinny jeans.  It was an absolute pleasure shopping for him this year and so much easier than speaking skate board. I never thought I'd see the day this would happen.

Overall, I think I enjoyed shopping more this year than any other in the recent past.  There was something about doing it all in one day (mostly).  The general attitude of folks were happy and pleasant that early in the morning and so close to the holiday.  I'm considering doing it again next year, just hopefully not cutting it so close.  Although that added to the adventuresome spirit of it.

I hope this finds you cozy at home and enjoying the holiday in whichever way you choose to spend it.
Posted by Surely at 3:50 PM 2 comments:

I just need 2017 to be over with.  I know, I know, everyone's saying that but I super mean it.  This has just been such a rough year.  I Can't Even with it anymore. Me, who is usually positive in a sarcastic way, am barely able to muster positivity.  Instinct is to list just how this year has sucked but I'm trying not to feed that monster.

Here's how I'm trying to counteract the bleak:

Kevin and i have been trying to do one fun, just us, thing each weekend.  It's a simple as going for a drive or to the hardware store or to dinner.

When I return home from work, I change my clothes and take an hour to just watch television or play a game or write. (or all of that usually, because hello, it's me)   After that, then I do the grown-up things like chores, dinner, or whatever.

My new job requires a lunch break and I a) don't like that and 2) aren't used to it. I phone Kevin for a few minutes then I try to do something interesting in twenty minutes.  Go for a short drive, take instagram photos, go to the Goodwill.  Something little and fun.

Even though I hate them beyond all measure, I'm eating a banana a day. It's my one purposeful healthy eating habit that I'm working on right now.  Effing bananas.

I'm trying to stay off of the twitter.  While I like having my news in real time, it also sucks me into the negative abyss that is the government shit show right now.  I'm trying to only retweet positive stuff into the universe and follow low-key people that do the same.

Although not evidenced here, I've been writing more.  Something I started a few years ago languished and I took it a different direction.  It's occupying my brain, sometimes to the exclusion of other things and I've forgotten how that happens.

I usually only go to Starbucks if we are Vegas or if it's just more convenient. (Where I live, there is a coffee stand on every other corner plus Starbucks.)  When I didn't get to go to Vegas this year as planned (I KNOW!) I decided that I would go to Starbucks that week like I would have if in Vegas (because I'm a thirteen year girl with strange coping skills)   But now I'm lightly addicted to using the app to earn more drinks.

At my job, I email a group of people on the regular.  I've started finding funny little photos, memes or whatever to embed into the emails.  So far I've amassed two Ryan Goslings, a handful of Scooby Doo's, a Bob the Builder, Dr. Seuess, and a Monica Geller and a Hello Kitty gifs, among others.

Sometimes when we're feeling powerless, all we can do is rage-clean (it's a thing, look it up) and make tiny efforts to get through it. 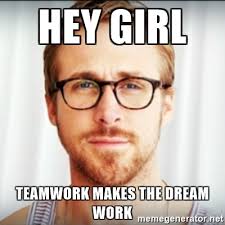 Posted by Surely at 4:16 PM No comments: