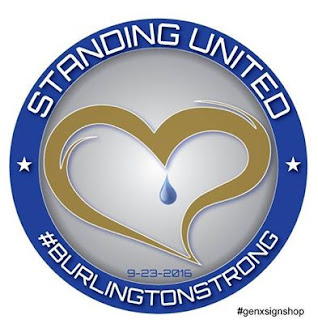 So, here we are again.  Another tragedy.

We listened to this one unfold almost in real time last night.  There is an independent news page on the facebook that was posting information in real time and by crowdsourcing.  They also provided a police scanner link so we could listen.  In the best and worst way, social media kept everyone in the know.  Again.

Luckily, we were home last night. We didn't go to Friday Night Dinner because I have a cold that the baby shared with me.  Otherwise, odds are good we would have been in the neighborhood of the mall.

The surreality will be difficult to shake.  It's weird seeing your hometowns in the news.  It's weird hearing phrases you hear in CSI shows and movies being used in real world terms.

We don't know the victims, or so it seems as their names haven't been released but in a small county like this one, it doesn't matter.  We'll know someone who knew someone.

We've been all through that mall, both as shoppers and as workers.  Back in the day when we were cool, we held a car show there that allowed us inside the mall after hours.  We know how dark it is after hours, we know the back hallways.  It was relevant to us as we listened.  The store that it happened in?  I believe we have a photo of our car in front of it in the albums.

We're familiar. My niece worked in that mall until about six months ago.  A person can only say thank you and not What If.

Our friend's teenage daughter posted this link earlier today and I was really struck by it.  It's a little churchy for some, just heads up.
https://itisstillwell.wordpress.com/2016/09/24/180/

News just stated they have the guy.  No community connections, just a random shooting.

There are no words other than gratitude to the hundreds of first responders.  And "Again."
Posted by Surely at 7:48 PM