This is Taking Too Long

This one could be titled What Did Surely Take Apart Now? The Photo Albums.  Like the table posts, this has been an ongoing project. I knew this was going to be a massive undertaking and Like Always, I grossly underestimated how big of a project this is.

I have bought many albums and ordered many photo prints.  I am still not finished.  If I had to quantify it, my guess is fifty percent completed. So, that's the real time update.

It's pouring down rain and windy today.  March appears to be going out like a lion instead of a lamb. Because, of course, why not.  I thought the weather would make me work on the photo project some more.  I worked outside yesterday and I have nowhere to go today.  Surely I can make some progress.

That would be negative, ghost rider.

Kevin let me sleep in, even though Lucy snuck into the bedroom and laid on me for an hour.  This is lovely but now my schedule is off and my brain won't boot up fully.

So I watched television and the tiktok, I folded towels, I paid a bill.  I'm considering a game of solitaire dominoes instead.

What HAVE I accomplished with the photo project, you wonder.  Thanks for asking. Well, some progress has been made, despite evidence to the contrary. *waving of arms around my office*

Finished the Dog Album, now featuring all the dogs.  Well, three of the dogs.  Lucy is going to have her own album, as it should be.  Kevin sat and looked through it and as I suspected, it kind of made him sad.  Those three dogs have been gone quite awhile and they're all good dogs.

I finished Five's album to current time. It features photos from the ultrasound, gender announcement, and actual birth until last Sunday when he was here telling me knock-knock jokes.

I finished the Kevin album.  Kevin is NOTORIOUS for glaring at the camera so I have hundredity photos of him frowning.  It's become a photography game to me.  I do have some formal portraits and some candid shots also but predominately he's either frowning or Chandler Bing. 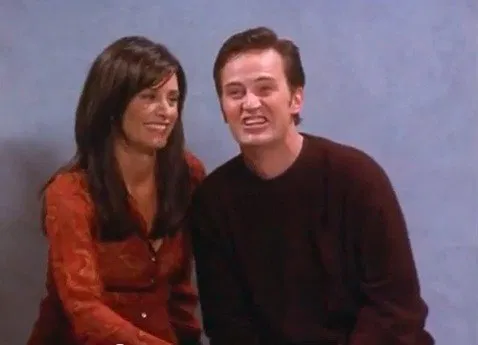 He, of course, hates that there is an entire album dedicated to him.  I explained to him that because I am the photographer of the family, there are not so many photos of me.  Also, those that exist are going into another album with photos of both of us or my childhood album.

I had mostly finished My family's album because the amount of photos for that category is significantly lower than all the others.  I did end up ordering some photos to be printed then tried to organize the photos into the album accordingly so I could slide them right into the album.  That was meh, mostly successful. So I call that done.

I finished my childhood photo album last night. These were birth to eighteen-ish-years-old photos. Then  I finished the Me album just a little bit ago; twenty-years-old to current time, including leftover  early photos of Kevin and me. Pleased to report no bad dreams this time so that's progress.

I can finish the house album today.  I've put them all out onto the coffee table to "encourage" myself to finish it.  This didn't work last time but maybe, just maybe, it will work this time. (Update: it sorta kinda worked)

I can probably finish our friends album today.  (Update: HAHAHAHAHAHNo.)

I cannot finish Our Family events.  Because I didn't completely sort those photos yet and it's a theme: I know that I don't have everything printed from the social media.  This is going to be last album and I suspect will take multiple albums.

Oh, and I forgot the Vegas album.  Not only do I have a scrapbook of the time we raced on the national stage in Vegas in 2008, there is also a photo album of all our Vegas trips.  Do I have all of those printed?  Of course not.  I tried and I missed, like, an entire trip.  Also: did this make me bitter that I haven't been to Vegas for the race in four years?  Yes, she nods emphatically while frowning, it did.

AND, I realized for the eleventieth time that I thought "But I HAVE that photo" that I do have that photo and it's Hanging on the Wall.  So, then do I order another print so it's in the album too?  Yes, I do overthink everything. Why do you ask?

What else?  Oh, there's an album for my very first official teaching and then administrative job.  It has photos of my first classroom, some of the kiddos who had an impact on me, and coworkers and/or parents.  I really debated keeping these but felt guilty at the notion of tossing them so they stay until I do this again. Which will be forever because I'm never doing this again.

Along with the creation of the above album that I hadn't planned for, this project has created the need for....four, five, six more frames for the photo wall.  And I still haven't bought a wedding album for the Other Weddings.  Oh, and I printed two car collages and framed them because apparently we haven't reached saturation point for red car photos.  But they are pretty cool:

I rediscovered two photos of the only grandparents I've known and liked that I want to make copies of and frame.  I finally bought a multi-window frame for our friends photos. Brace yourself: I even hung it up already.
If this project is ever completed, I know that I'm going to open Monica's Closet and find frames and/or more photos. The plan will be to just close the door, walk away. Maybe go to Vegas.

Just let me be a Cautionary Tale:  Organize your photos when you get them.  If you post them on social media, print them at the same time.  I know that date stamping is old fashioned but I would have paid GOOD SOLID MONEY for it during this project.