Today is errand day. Saturdays I get groceries, pick up our Post Office Box mail...also known as "Bills"...and do whatever else needs doing that I can't get done during the week. It was supposed to *snow* this afternoon, so I went early and armed with an iced mocha.

First stop: Michaels. This is Such. A. Dangerous. Store. I was extremely pleased that I busted out of there with only a $25 tally. I picked up a picture frame for Kevin's Christmas present. It was not only EXACTLY what I wanted AND 50% off!

Then my aforementioned frustration with the House that Refuses Decoration
was also baby-stepped. I finally found a garland for our tree that I love. It wasn't the red/green/gold woven garland that I am still on the hunt for but a string of red/green/gold beads. Kevin was skeptical/incredulous that I would put them on an already decorated tree. He clearly forgot who he was married to. 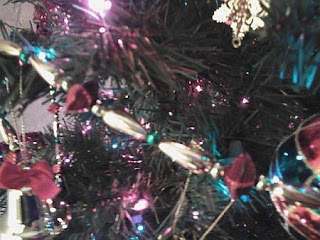 And then, I found an ornament that I simply couldn't live without. I would have simply dropped dead the moment I stepped out of the store without it. We can't have that, being the holiday season and all so I bought it. ALSO ON SALE!!! 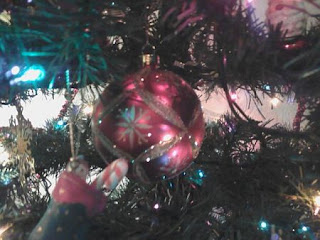 Then I went to Target for basic necessities and came out of there remarkably unscathed, beyond buying tape because my only roll is Still in the racecar trailer.

Next Stop: Fred Meyers (Kroger for you East Coasters)
Not only did I get my regular groceries but I found the EXACT HOLIDAY TOWELS that I didn't know that I really, really wanted. 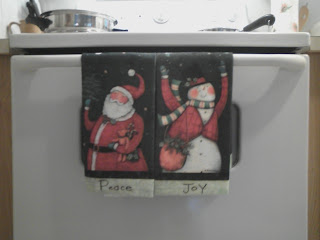 Now I'm feeling better about our house! Because I had the pure genius idea of this:

I feel so much better now! Christmas can now continue as regularly scheduled! 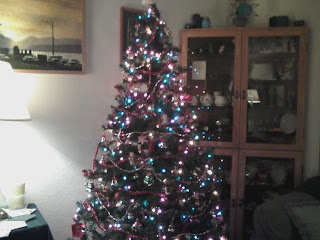 Well, no WONDER! Your new house didn't want the OLD house's stuff! Why not just tell your new girlfriend she can use the lipstick and shampoo your old girlfriend left in the bathroom?