Another Book to Read

I can't believe I forgot to tell you this!

So, I've been carrying around a $2.25 KMart giftcard for almost a year now. Why the odd amount? Because my mother-in-law gave me bathroom carpets that were the wrong color. When I exchanged them, of course it left a balance.

On a whim, I decided to stop by KMart and burn the gift card on something. A book, the GLEE CD (OMG, so good) or a pair of socks or a picture frame. Something small that would still feel like a treat.

I followed a tweaker into the story, lucky me. (tweaker = meth addict) He grabbed a shopping cart & I wondered why he needed one. Unfortunately, he went the same direction I was heading: the electronics department. When he parked the cart outside of the department, I was a little puzzled.

I was a little distracted by the book aisle, silly considering I just went to Barnes & Noble. But that's what happens with books. I looked at one then moved on. I had GLEE on the brain.

I wandered down the clearance movie aisle next, just in case there was a $5 movie that I couldn't live without. There wasn't so I swung around the end of the aisle Just In Time to see Tweaker tuck a movie into his coat.

My first instinct was to very loudly exclaim "YOU DID NOT JUST PUT THAT MOVIE IN YOUR COAT!?!?!" but thought better of it. I pretended that I didn't see him and he took off. I followed him & watched where he was going, all the while going toward the checkout stand.

The guy cashier was actually pretty cute, not someone you would imagine working at KMart. He was all cheery demeanor until I said "That guy just stole a movie" and pointed the direction of him. Then he became all super hero and dashed after him.

Seeing this as a sign, I started to walk toward the entrance, pouting a little that my shopping spree was ruined. Winking from the shelf was the book that I had considered earlier. I grabbed it and walked toward the checkouts.

In the jewelry counter was cute Kmart cashier. "Did you find him?" I asked.

He nodded and smiled. "Yeah, he's just right down there" and he gestured opposite of where I was headed. I just laughed, shook my head and continued on.

While paying for the book, the cute cashier asked the cashier helping me where someone was. She asked why and he said he caught a shoplifter. Then he stopped, laughed, and gestured toward me. "Actually, She did!"

Knowing that the tweaker was somewhere other than outside, I hurried back out to the truck and drove away. Not only did I have a story now, I had another good book to read. 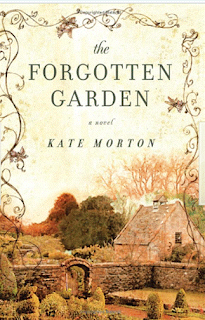 Eek! Glad Tweaker was still inside! I've never heard of this book. I just finished Maeve Binchey's Circle of Friends. Loved it so much!!

Good for you! You totally did the right thing.

i'd never heard of the term tweaker : ) LOL thank you for enlightening me. and why did he need the cart? i'm still puzzled by that. i love the cover of that book, let me know if it's good.

The book looks good, I am demanding a review! And HOORAY FIREGIRL for catching a thief! Super heroine of the day! Tweakers are weird. Their brains are fried so they can't really think, I think.

@ Jamie: I loved Circle of Friends. You can't go wrong with Maeve Binchy!

@CK: I'm glad you don't know what a tweaker is! that's a good thing. I think the use of the shopping cart was a distraction. Unfortunately for him, it made him stand out more. Leather coat, tattoo on his cheek, typical tweaker appearance then add a shopping cart. WTH (:-D

@Bea: Thanks! I'll try not to drag my superhero cape on the ground.
I'm finishing Craig Ferguson's autobiography right now then I am SO diving into that book. For sure I'll post a review.